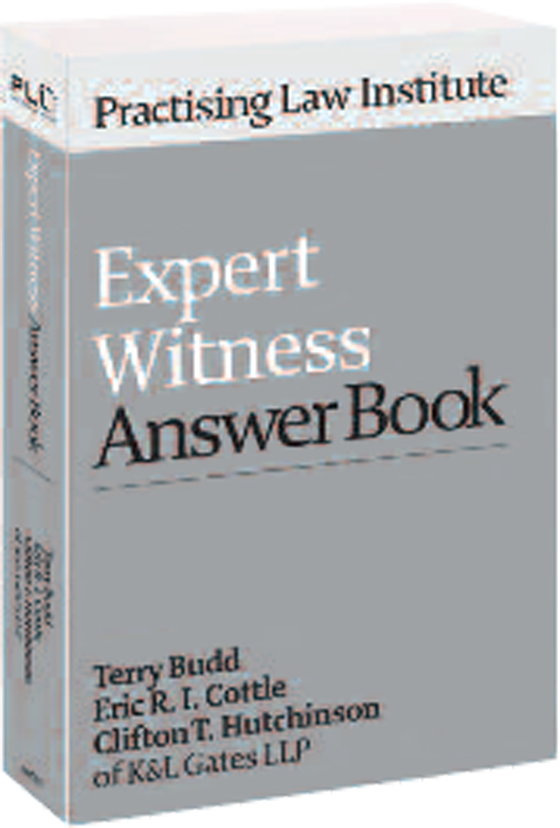 Expert Witness Answer Book walks you through every aspect of this key area, providing, in a direct Q&A format, clear instruction on the legal framework as provided by the Daubert trilogy and subsequent rulings; the qualifications that must be introduced to establish someone as an expert on a particular topic, as well as disqualify him or her; and the pretrial activities of experts, including designation, disclosure, discovery and depositions.

Expert Witness Answer Book provides actionable guidance throughout, with specific chapters on issues confronted by experts in the following areas: products liability, toxic torts, trademarks, patents and copyrights, as well as the economic damages issues in personal injury, commercial damages, and business and property litigation. Forensic issues in criminal cases and the specific issues in fire cases are also discussed.

Written by contributors with many years of trial experience, each chapter includes practical hints on what works in court and what doesn’t. Expert Witness Answer Book is a handy one-volume softcover publication that can be taken with you into court or deposition to get quick answers to questions that must be answered immediately.